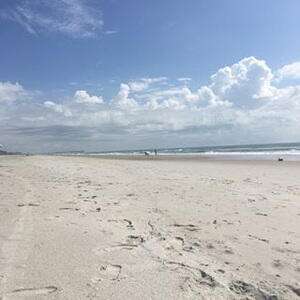 The last nine months have been a doozy.

This is usually said at the end of a pregnancy, but what has happened is not that, in the literal sense.

My spouse started a job in a different state back in January, while we continued school year for a senior in high school, a 3rd grader who was going to miss her friends, and a college senior within but all the way across the same state. My mother was ill and passed away in an entirely different state, while a few things went haywire around an essentially three stage move.

We have landed, after some rough road, safely on the coast of North Carolina, just in time for Irma to hit. I like to think I did some juju to help her decide to not hit here in our new home, but in no way do I really think I had anything to do with her change to a western path. I donated, I checked in on friends, most seem well, as do their homes. For that, I am very grateful as others are dealing with much worse, across the country, from the Carribean to Florida to Houston floods to wild fires out west. These are strange times we live in, nevermind the weather. Irma gave us a taste of her tailspin in the last couple of days, and I still have stacks of boxes up to my eyeballs, but mostly we are settling in. My new high school graduate is heading off to college to study animation and film in another week. My oldest is starting his adult life after college back in Virginia and the youngest is adjusting to her new elementary.

My life has always been mayhem, and I "asked" for some serious changes this year. Got a bit more than I bargained for.
Starting over is a good thing, and now I may actually start writing projects over again. With everything else, writing was impossible - zero mental room while juggling so many wild balls of life.

So here we are, back to square one. I'm tossing the rock again, hopscotch. Let's have some fun.